When you talk about young men who play online games like World of Warcraft (WoW), Age of Conan, etc., many of us visualize a certain type of guy. The typical gamer is either overweight or geeky-thin, with thick “bottle glasses”, greasy hair and not very good with girls. He may well be in his 30’s and still live at home with his parents. A little like the illustration I have been fortunate to loane from http://www.Plognark.com.

I was one of those for a long time, but after I lived with and eventually married one of these guys myself, I have gained an insight into the gamer world that is quite different than what I had imagined. Tommy (the chosen one) has played online games for almost 8 years, of which most of the time has gone into WoW. He plays with a large network of young men… and women. Many of the guys I knew already, or have gotten to know over time and there aren’t many geeky guys, oily hair or guys still living at home. There are many handsome young men in their 30’s with wives, children and good jobs – and not all IT people either. But we must not forget the girls. There are many girls and women gamers as well. A friend found his girlfriend on WoW, which he now lives and plays WoW with and there are mothers who plays with their sons. Even I have been introduced into the WoW world after I got the game for Christmas from Tommy one year.

Although it can sometimes be a bit too much time for raids and acquisition of new gear, the game has some positive sides to it. I’ve even played a little myself and I have an active account. I visit occasionally (it’s actually quite fun, and a little addictive). We have also received visits from several friends from abroad that Tommy got to know though his online games. This spring we went to Poland for a week to visit Tommy’s WoW friend through 6 years and his non-playing wife. Great guys and new friends I am looking forward to meet again.

So even if my new Polish friend and I send messages with «Stupid game» to each other on Facebook every time our guys are sitting and raiding together on their computers in two different countries, it is not all negative, and the gamers not so hopeless as one might think.

Finally, I want to conclude with one of my new favorite phrase from the world of Azeroth (WoW) – «Leeeeeeeeroy Jenkins!». And if you know what that means then you unfortunately are one of us 😉 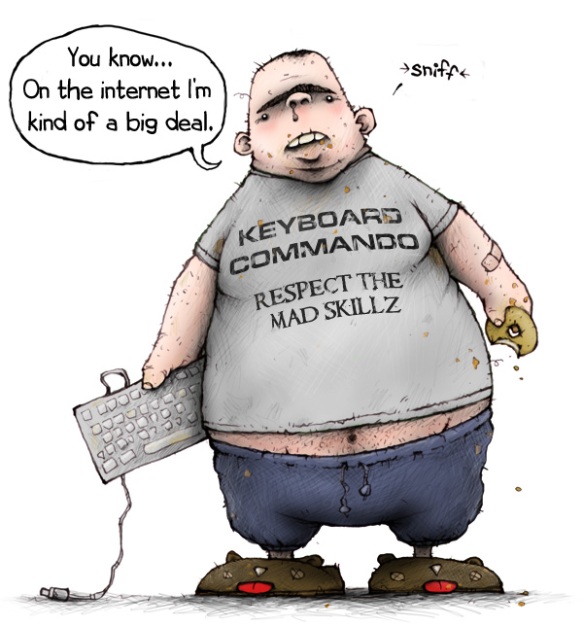